The Range Rover Evoque is a real British success story. It takes all the famed luxury of bigger Range Rovers and squeezes it into a smaller, more affordable car. The first generation of Evoque single-handedly invented this type of compact premium SUV, and went on to sell millions and scoop hundreds of awards. This all-new second-generation model, launched in 2019, aims to continue that strong track-record.

Its design keep all the character of the first Range Rover Evoque, but addresses some of its weaknesses and brings it bang up-to-date in terms of ability and technology. Looks-wise, however,  it is intentionally an evolution, rather than a revolution. The same approach that Apple takes with the iPhone.

That's a just comparison: the Evoque is achingly cool, has some great features and remains one of the must-have SUVs in the desirability stakes. Read on for our full 2020 Range Rover Evoque review.

It's got the looks

Available to lease from £344 per month Lease Now

The real highlights of the 2020 edition lie beneath the surface. New petrol and diesel engines use economy-boosting mild hybrid technology, and plug-in hybrid versions that can run in pure electric mode are on the horizon. Safety systems offer increasing levels of driver assistance, and the touchscreen infotainment system is the latest generation, so it syncs more easily with your smartphone and your music streaming services.

This Evoque is also more ‘woke’. Instead of leather, you can choose fully sustainable fabric seat trims inside. There’s an impressive amount of recycled plastic used in its trim materials, and increasing quantities of lightweight, easily-recyclable aluminium in its body structure. This most on-trend of SUVs continues to deliver the right message.

The new Range Rover Evoque might, at first glance, appear familiar, but the reality is it’s a much more sophisticated design. The bold lines of the first version have been refined, so it now looks even more luxurious and upmarket. Details extend to pop-out door handles that only whirr out of the bodywork when you unlock it, retracting to sit flush within the doors when you drive away.

The lines are less fussy than before, and greater use of body-colour fixtures rather than black plastic adds to the luxury look. From the front, it now bears a closer resemblance to the larger and more luxurious Range Rover Velar, which I’m sure Evoque drivers won’t mind one bit. Like the Velar, you can even choose to fit bronze-coloured bonnet inserts, and some of the latest colour options are gorgeous.

Inside, the latest Evoque has come on leaps and bounds from the original. Where once there were slightly humdrum plastics, there are now soft-touch surfaces and genuine luxury-level quality befitting the Range Rover brand. It’s immediately obvious what a step forward the new Evoque’s interior is – and how it now vies with the class leaders for overall appeal.

There are two grades of infotainment system, both with a 10.0-inch screen in the centre of the dashboard. Touch Pro is the regular system and its widescreen display looks fantastic. On Touch Pro Duo, it’s joined by an additional touchscreen below, to colourfully control the heater, off-road systems and other settings. A 12.3-inch colour instrument display is also available as an upgrade from the standard dials.

Dive into the features list and you’ll discover some intriguing pieces of technology available on the Evoque. Pick a high-spec model with all-wheel drive, for example and you’ll get the latest Terrain Response 2 system, which can actually sense the surface below and adjust settings in a split-second. Another system called ‘Active Driveline’ can disconnect drive to the rear wheels to save fuel.

There were two standouts for me. The Clearsight Ground View camera can ‘make the bonnet disappear’. Yes, really – it beams the view underneath the front wheels onto the dashboard screen, making off-roading (or parking in tight spaces) a breeze. Meanwhile, the Clearsight Interior Rear View Mirror turns an ordinary mirror into a full-colour widescreen camera, eliminating blind-spots. Once your eyes get used to it, this is an incredibly useful feature.

The latest Evoque is bigger than the first one, which those in the rear seats in particular will appreciate. Legs will no longer feel squashed and there’s a bit more lounging space and comfort. Land Rover has hollowed out the back end so there’s much more boot space as well, again addressing owner comments.

You even now have a choice of ambience – either regular Evoque, in standard, S, SE or HSE grades, or a sportier and more stylish Evoque R-Dynamic, with a similarly broad range of model variants. Add in the launch First Edition, plus all the options available, and there’s no shortage of choice when it comes to buying an Evoque.

The 2020 Range Rover Evoque looks and feels like a more luxurious machine, and the latest model also drives like a genuine shrunken Range Rover. Outstanding refinement is the first thing you notice. This is a very hushed and smooth-running machine, which doesn’t transmit much noise and disturbance into the cabin even when driving at higher speeds. Its quietness plays a big role in delivering such a luxurious experience.

So long as you’re not driving too sportily, the engines are hushed as well, and the diesel is much less clattery than in the previous generation of Evoque. The motors – various grades of 2.0-litre petrol and diesel - do growl a bit more if you rev them through the gears, but it’s not a harsh sound and I even found the petrol quite exciting. It is, after all, an engine you can also get in a Jaguar F-Type sports car.

An exciting SUV to drive

You can buy a basic Evoque with a manual gearbox, but I wouldn't. The experience is best enjoyed with the self-shifting automatic, which delivers a fuss-free and silky-smooth progress (and has standard 4WD for four-wheel grip). All the engines are turbocharged, and pull without effort even from slower speeds. Diving into gaps that appear in busy city centres is child’s play. The so-called MHEV mild hybrid technology gives an added electric-assist as well. I found, at times, this made it feel like there was a much larger engine lurking beneath the bonnet.

The Evoque soaks up bumps extremely well and its steering is surprisingly accurate. It feels dynamic through corners and the big, soft leather steering wheel is a beautiful thing to hold. The touch-sensitive steering wheel buttons are rather clever as well.

It doesn’t feel right to take such a beautifully-finished machine as this off-road, but the Evoque can still handle the rough stuff with uncommon prowess. Some of the things it can do are breathtaking, from its ability to drive through deep rivers, to climb up (and safely drive down) steep inclines. Few will ever experience this, but it’s reassuring to note just how capable the Range Rover Evoque is when the going gets tough. Wintery weather should be a breeze.

New fuel-saving engines, with MHEV mild hybrid technology, are reasonably efficient for such an upmarket machine. In diesel guise, it’s far more economical than a bigger Range Rover, that’s for sure. The pick of the diesel range is probably the D180, which has the highest fuel economy rating, but even the most powerful D240 can officially top 40 miles per gallon.

The petrol engines are less economical. The entry-level P200 averages only around 30mpg in official tests – and in real-world use, you’re more likely to see economy of around 25mpg. However, fuel efficiency doesn't drop too much as you move up the range to the more powerful P250 and P300 variants. Petrol is ideal for buyers mostly doing short journeys in town, but diesel is best for Evoque drivers who cover higher mileages.

Or consider this: our Volvo XC40 review

Prices to suit your lifestyle

Lease a Range Rover Evoque from £344 per month Lease Now

The real fuel-saving new Evoques are still to come: hold on for the plug-in hybrid variants if you really want to get good miles per gallon (and benefit from the ability to drive in full electric mode until the batteries go flat).

The Range Rover Evoque is a luxury model with a luxury price tag. It’s easy to take the list price over the £40,000 mark, and this has a knock-on effect on monthly payments. Saying that, the Evoque is also a machine in high demand, which keeps second-hand values high. If you buy on finance, it means the amount you’re funding is reduced, which helps keep payments in check.

Still, I urge caution when using the online configurator. Land Rover offers an array of Range Rover-style luxuries, but ticking just a few boxes can add thousands to the overall price of the latest Evoque. There are some fantastic gadgets, trims and design options on offer, but restraint will be needed if you’re not to spend a fortune.

The Range Rover Evoque is a more refined and luxurious machine than ever. You can feel the family DNA running through, as it offers plenty of the status and classy quality of bigger models in a smaller and more dynamic package.

It draws admiring glances from the outside and is a joy to drive and be driven in. It feels like something that’s a cut above the rest, and is generally able to justify the price premium it commands.

To my mind, it really is a highly desirable compact luxury SUV, which easily measures up to rivals from Audi, BMW, Mercedes-Benz and Volvo.

Check out our deals below: 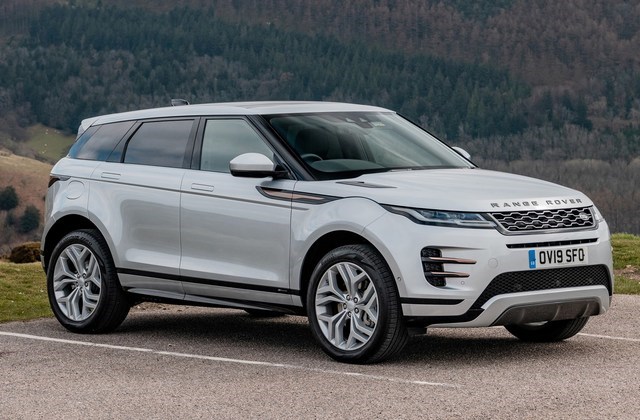 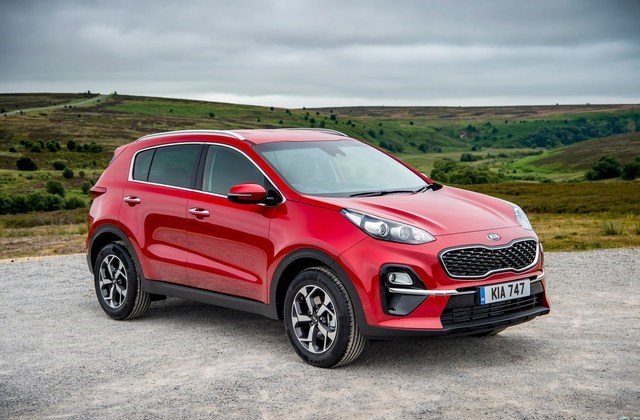 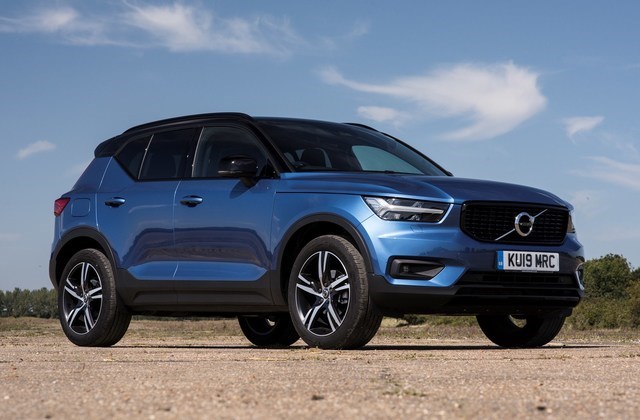